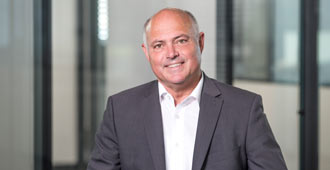 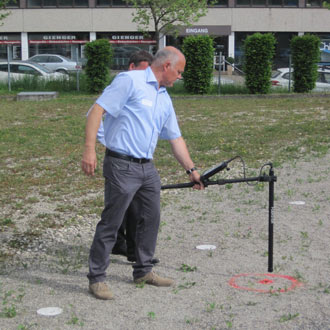 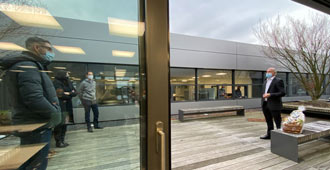 Farewell to Thomas Himmler as Managing Director of the DM Division

At the end of 2020, a very special farewell was approaching at FOERSTER: After many years of service to the FOERSTER Group, Thomas Himmler has handed over his position as Managing Director of the DM Division. Fortunately, however, it is not a complete farewell, as he will be available to the FOERSTER Group for another year as a consultant for the expansion of the new business unit "Detection & Security" before he starts into his well-deserved retirement. In all his years at FOERSTER, Thomas Himmler has decisively shaped the company and led the DM division into the future.

At the end of December, Thomas Himmler was given a small but festive reception by his colleagues in the DM Division, taking into account the applicable Corona measures. The colleagues paid tribute to his commitment "...not only as Managing Director, but also as a wholehearted salesman, application engineer in detection and magnetics, and boss - all in one person!" and wished him all the best for the new chapter in his life.

He will be succeeded as managing director by Christoph Schanz, who has already successfully run the subsidiary Magnetische Pruefanlagen GmbH since 2019. The subsidiary was integrated on January 1, 2021, into Institut Dr. Foerster GmbH & Co. KG. We wish Christoph Schanz every success in his new position.